Have you ever been in a situation when your key won’t turn? Of course you were. Everyone has. Perhaps the lock was jammed or something else might be at fault. Whichever the case, it’s not an ideal situation. Far from it.

When your key won’t turn, the reason why it won’t as well as the lock type are both crucial factors in order to identify the problem and fix it. But as long as you know what are the main issues with certain locks and how you can fix them, you have nothing to worry about. Some might want to take on this problem and try to fix it. Others feel much safer by contacting a locksmith to handle the problem for them. If you fall into the first group, here are some possible causes of the problem and how you can possibly remedy it.

With every lock type, there are different reasons why key won’t turn inside the cylinder. So before you start speculating about what is the problem, it’s best to know how lock types are different. By knowing this, it will give you a good idea on where to start looking for a problem.

Car locks are very different from other locks regarding what might cause a key not wanting to turn. With car locks, you have cylinders in the ignition and in the door.

House locks can very from one to the other home. These different variations also create additional problems when you want to replace the door lock because your key won’t turn.

Regarding house locks, home owners or residents don’t think about it that much or dedicate immediate attention to it because there’s mostly another way into the house. This is of course a big mistake because a key that won’t turn is a problem that shouldn’t be overlooked.

Padlocks are somewhat different than other locks. This is because the majority of them don’t have a removable core. Originally, padlocks weren’t designed to be taken apart and serviced. But newer designs of padlocks might have a keyed cylinder that can be taken out so fixing the issue when key won’t turn is just as with a normal house lock.

Why my key won’t turn in the lock?

We have now explained the main differences between different types of locks and we can focus on other things such as what is the cause of the problem and how to fix it.

Many times, the key is not budging because you’re using the wrong one. This happens more than you can imagine. Opening one lock with two different keys can sometimes be possible bot you will notice that one key will require a bit more effort than the other.

This is mainly due to the fact that one key is a copy, especially if it were copied too often. One copy can be slightly different than the other and the more you copy it, the different they get.

The solution to this problem would be to get a new key if you can find the original and make a fresh copy of it OR you could simply replace the lock. Replacing the lock might be the safest option because then you won’t be needing a new key.

Key won’t turn because the lock is jammed

Sometimes, you can hear subtle grinding noise when you try to turn a key. This can be due to the lock being rusty or dirty. Don’t jump to conclusion that the lock is broken. Instead, try using some lubricant that you will spray in the keyway and rake the key in and out a few times. Then turn the key in both direction, little by little until you open the lock. 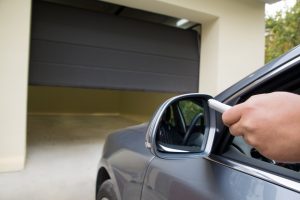 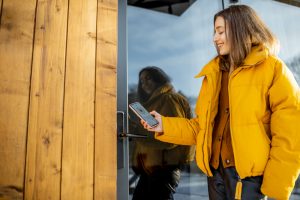 Smart Lock – What is it and why you need it 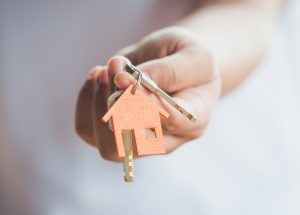 How to avoid losing your keys

Losing or misplacing your keys is probably one of the most stressful experienced you could have. You might be in a rush to get somewhere and you can’t leave without your keys which you can’t find anywhere. Especially if you’re looking for your house keys. It might be a small